We have been caring for trees for decades as we should, our environment takes care of us and therefore we should take care of IT! That's why at Environmental Tree Service we believe that for every tree that we removed a new tee should be planted in its place. We will provide a list of trees for our customers who wish to have a new tree planted at no cost to them, this will help us to take care of our environment for our future generation to come

Learn more about why we need to plant and care for trees: 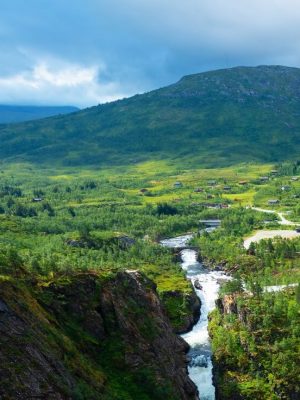 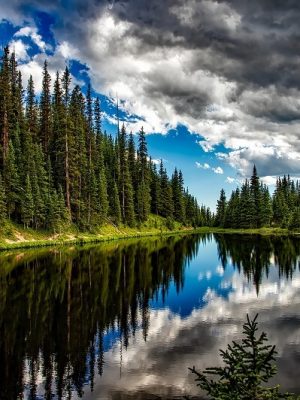 TREES COOL THE STREETS AND THE CITY

Average temperatures in Los Angeles have risen 6°F in the last 50 years as tree coverage has declined and the number of heat-absorbing roads and buildings has increased.
Trees cool the city by up to 10°F, by shading our homes and streets, breaking up urban “heat islands” and releasing water

Trees reduce runoff by breaking rainfall thus allowing the water to flow down the trunk and into the earth below the tree. This prevents stormwater from carrying pollutants to the ocean. When mulched, trees act like a sponge that filters this water naturally and uses it to recharge groundwater supplies.

Excess carbon dioxide (CO2) is building up in our atmosphere, contributing to climate change. Trees absorb CO2, removing and storing the carbon while releasing oxygen back into the air. In one year, an acre of mature trees absorbs the same amount of CO2 produced when you drive your car 26,000 miles.

Trees absorb odors and pollutant gases (nitrogen oxides, ammonia, sulfur dioxide and ozone) and filter particulates out of the air by trapping them on their leaves and bark.

In one year an acre of mature trees can provide enough oxygen for 18 people.

The beauty of a well-planted property and its surrounding street and neighborhood can raise property values by as much as 15 percent.

Tree plantings provide an opportunity for community involvement and empowerment that improves the quality of life in our neighborhoods. All cultures, ages, and genders have an important role to play at a tree planting or tree care event.

​An apple tree can yield up to 15-20 bushels of fruit per year and can be planted on the tiniest urban lot. Aside from fruit for humans, trees provide food for birds and wildlife.

Studies have shown that patients with views of trees out their windows heal faster and with less complications. Children with ADHD show fewer symptoms when they have access to nature. Exposure to trees and nature aids concentration by reducing mental fatigue.

Neighborhoods and homes that are barren have shown to have a greater incidence of violence in and out of the home than their greener counterparts. Trees and landscaping help to reduce the level of fear.

Trees play a vital role in local economic development and quality of life in the urban environment. Beside the aesthetic scenic value, trees improve property values, air and water quality, reduce energy costs and increase water retention thereby reducing local flooding. Trees also reduce noise levels while creating wildlife habitat and buffer zones. Along with an increase in community pride, studies have shown that trees in an urban environment have a positive impact on consumer behavior.

On average, one acre of new forest can sequester about 2.5 tons of carbon annually. Young trees absorb CO2 at a rate of 13 pounds per tree each year. Trees reach their most productive stage of carbon storage at about 10 years at which point they are estimated to absorb 48 pounds of CO2 per year. At that rate, they release enough oxygen back into the atmosphere to support two human beings. Planting 100 million trees could reduce an estimated 18 million tons of carbon per year and consequently save American consumers $4 billion each year on utility bills.

Trees also reduce the greenhouse effect by shading houses and office buildings. This reduces the need for air conditioning by up to 30 percent which in turn reduces the amount of fossil fuels burned to produce electricity. The combination of CO2 removal from the atmosphere, carbon storage in wood and the cooling effect makes trees extremely efficient tools in fighting the greenhouse effect. Planting trees remains one of the most cost-effective means of drawing excess CO2 from the atmosphere. If every American family planted one tree, the amount of CO2 in the atmosphere would be reduced by one billion pounds annually.

This equates to almost 5 percent of the amount that human activity pumps into the atmosphere each year.
It is estimated by the U.S. Forest Service that all the forests in the United States, combined, sequestered approximately 309 million tons of carbon each year from 1952 – 1992, offsetting approximately 25 percent of human-caused emissions of carbon during that period. Over a 50-year lifespan, a tree generates almost $32,000 worth of oxygen, providing $62,000 worth of air pollution control. This tree would also be responsible for recycling $37,500 worth of water and controlling $31,000 worth of soil erosion.

The Worldwatch Institute, in its Reforesting the Earth paper, estimated that the earth needs at least 321 million acres of trees planted just to restore and maintain the productivity of soil and water resources, annually remove 780 million tons of carbon from the atmosphere and meet industrial and fuel wood needs in the third world. For every ton of new-wood growth, about 1.5 tons of CO2 are removed from the air and 1.07 tons of life-giving oxygen is produced.

Trees also remove other gaseous pollutants through the stomata in the leaf surface by absorbing them with normal air components. Some of the other major air pollutants and their primary sources are:

• Sulfur Dioxide (SO2) – Sixty percent of sulfur dioxide comes from coal burning for electricity and home heating while 21 percent comes from refining and the combustion of petroleum products.

• Ozone (O3) – Ozone is a naturally occurring oxidant that exists in the upper atmosphere. O3 may be brought to Earth by turbulence during severe storms. Also, small amounts are formed by lightning. Automobile emissions and industrial emissions mix in the air and undergo photochemical reactions in sunlight releasing ozone and another oxidant, peroxyacetylnitrate (PAN). Naturally, high concentrations of these two oxidants build up where there are many automobiles.

• Particulates – These are small particles emitted in smoke from burning fuel, particularly diesel, which enters our lungs and causes respiratory problems. With trees present, there is up to a 60 percent reduction in street-level particulates.

It has also been noted that one sugar maple along a roadway removes 60mg cadmium, 140mg chromium, 820mg nickel and 5,200mg lead from the environment in one growing season

At Environmental Tree Service, our attentive staff is available to help you with all your tree need's, Monday through Saturday to answer all of your questions and make sure you are 100% satisfied.

We keep your trees healthy and beautiful with proper tree care maintenance. Your well-managed commercial trees will enhance your curb appeal and solidify your brand.

Environmental Tree Service offers experienced and skillful tree shaping experts that can get to work on your trees to shape them the way that is pleasing to your eye and the eyes of visitors that you have on your property.